The Landlord and Tenant Board Is A Nightmare! (Part 1)

The Landlord and Tenant Board Is Unfair, Biased & Unprofessional

It Needs To Be Replaced With A Better System!

For the first two years my venture into becoming a residential landlord had turned out pretty well. I got into the industry because of Scott McgilIvray and his show ‘Income Property’ on HGTV.

Scott is an attractive sales person and made it seem like not only a simple investment, but something I needed to do or I would miss out on a historic opportunity to make money.

The more I looked into it the better this investment vehicle looked.

This Was An Exciting Investment And I Was ‘All In”

Real estate prices were appreciating so my investment could really pay off whenever I decided to sell it.

And with so many young people looking for good housing due to the low vacancy rate there would be lots of “good tenant clients.” These tenants would not only provide a new income stream for me, but also take care of my properties while they appreciated.

This was exciting and I was all in. This was going to make sure I would be financially ready for retirement.

A Great Start To My New Investment

I made sure the property was attractive and in a good location. Scott said it was important my rent was at the ‘market’ level of the area.

The first people who applied where a young couple who were saving for their own place. They were very up front and said they expected this would take about a while and requested a two year lease.

After getting some good advice from the Ontario landlord forum, I said we would start with a one year lease.

I also told them if things went well we could re-sign for another year. It worked out perfectly.

Looking back, I was lucky.  I found two really responsible people for my first tenants.  A young teacher and his partner a young nurse. Rent was paid on time and we had a friendly and professional relationship.

Wow, This Is Easy!

After reading about some bad tenants I thought “wow this is easy” and “why are so many other landlords complaining? Maybe it’s their own fault?”

I didn’t really have to do anything except collect the rent.  The couple were very serious about building up their credit score and savings for a downpayment and near the end of the second year they bought their own property.

They asked to break the lease a six months early because they wanted to move into the new place. I agreed to this and they left.

A Month Of Vacancy For Clean Up and Damages

Sure there were some holes in the drywall from the big screen tv hooks, mirrors and paintings they put up but I didn’t mind.  And the stove/oven wasn’t cleaned, but it wasn’t damaged.

There were some other issues which I was a bit surprised they left. It would cost me at least $1000 for the repairs/clean up. They said they would leave the place as the found it…but they didn’t.

Still my thinking was “they stayed for a year and half.  And this will give me a month to clean up, do repairs, and find even better tenants.

Finding My Next Tenants

My next tenant was a very personable lady who was a single mom. She had a  job and some really good references. Her credit score was really high too. But the key thing is she was very friendly and open.

She said her fiance was working in a high paid job in another province and the plan was for them to get married in a few years. He was really busy in his job.

I was really happy to meet her and provide great housing to her and her child.

First and last was paid and she said she might want to stay for many years and this sounded great to me. We signed the lease and I made sure the property was better than ever.

Who Is This Guy Yelling At Me? I Never Rented To Him

Within a week I received a call from a neighbour about the one parking spot I gave to the tenant was now being filled and a second car which was being either squeezed in (with part of it sticking over on to the road) or parked illegally on the road overnight.

I went to check it out and went to talk to my tenant.

Instead of my tenant, a guy who I had never seen before answered the door. He was big and menacing. 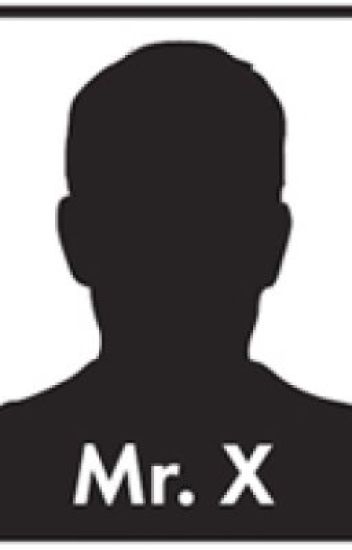 A Stranger Living In My House, Let’s Call Him “Mr. X”

Okay, But I Have To Protect Myself

I asked “Can you please give me your name?”

He said “I don’t have to tell you that, legally!”

I asked “Since you are living here can I add you to the lease?”

He said “No, I’m a guest and there’s nothing you can do about it.”

I asked “Since you are living in my property you need to give me your information.”

He said “No I don’t. Don’t be a slumlord. Contact the Landlord Tenant Board and be careful.”

I asked told him about the parking and he said he would deal with it to avoid any issues with the City.

I called the Landlord and Tenant Board And They Were Useless

The Landlord and Tenant Board told me:

“Landlords can’t stop tenants from having friends over.  Above this advice you need to get your own legal help.”

OMG. My tax dollars at work?!

The beginning of the next month the rent was not paid.

I tried to contact the tenant by phone, text and email.  I thought visiting there should not be part of the first step as Mr. X was aggressive and I wanted to avoid confrontation.

The next day still nothing.

Serving The Notice N4 – Pay Rent Or Be Evicted

On the third day I went to the property and knocked on the door.

No one answered. And this lack of response continued.

I tried to be fair and provided them a week but still no response.

I personally served the N4 which would give them 14 days to pay or they would have to move.

I Won’t Pay Rent Because the Property Is Unsafe And You Are Irresponsible!

After sending the N4 my tenant called me and immediately started screaming at me as if I was some bad person.

She said the eviction notice was “unacceptable” because she didn’t pay rent because she and her baby were afraid to live in such a dangerous and poorly maintained property.

She said I, the landlord, was harassing her and unapproachable and only wanted ‘rent, with no concern for her safety”.

She read me a list of maintenance issues her guest had found and demanded they be fixed within 48 hours or give them a rent abatement or they would “take me to the Landlord and Tenant Board.

What Issues? The Place Is Well Maintained!

I said I will try but I would need to check out the issues myself.

I also said if there were issues I would certainly fix them.  But it would take more than 48 hours to book a professional and certified contractor to do any repairs.

She said if things were not fixed she would file against me at the Landlord and Tenant Board….or she “would accept $3,000 cash or against the rent (three months rent!)

The Property Was Well Maintained Before She Moved In, Now So Many Problems?

I provided 24 hour notice and went in to see the so-called problems.

The boyfriend/guest was the one guiding me to show why they needed $3000 in either cash or free rent, or “immediate repairs” for their “reasonable enjoyment.”

He was a big guy and I felt pretty scared and he was bullying. I felt he would destroy the property in an instant if I angered him.

He said f I “didn’t play ball” he said he would take me to the Landlord and Tenant Board where, he bragged “I will win and you will lose! I’ve been there before.”

So What Were the “Maintenance Issues?”

As I was guided around my own property I was presented with a big list of problems.

The burners don’t work and the oven doesn’t heat properly.  This meant the tenants couldn’t cook and had to order pizza and Chinese food, as they had a ‘baby’.

3. The 3 Year Old “Top of the Line” Samsung Washing Machine

4. Mold in the Bathroom

He said this was a huge concern and he would also call the city if I didn’t pay $3000 or give the rent discount. He said the mold could seriously harm the baby.

5. Cracks in the Drywall

He said he was worried the rental would “fall down and kill them all” due to this.

He said this was a “matter of life and death” and I needed to deal with this fast as the “entire property is unsafe.”  He sad the property might need to be torn down due to all the infractions.

These are just the top 5 “problems” he presented to me.  There were lots more.

These Issues Never Existed Before

I explained to “Mr. X”  I had previous renters who never had any of these issues. I said I would need time to investigate them.

I texted my tenant and said I was taking this seriously and was investigating it and would contact her.

I Took This Super Seriously

I spoke with representatives from Samsung and Kitchen Aid.

I asked whether or not these types of issues are common. The replies where they were not.

I spoke with a mold specialist and he said if there wasn’t mold before and if the bathroom has a fan there should be no problem, especially only after a month of them living there.

YES THERE WAS A FAN.

The Next Month Came, No Rent Paid Again

For the very next month the rent check bounced.

A Served an N4 For Non-Payment of Rent

As they didn’t pay rent I served them a form N4 – Notice to Evict for Non-Payment of rent.

A Tenants Rights Form Was Sent To My Mailing Address The Next Day by Courier!

So I Did Everything Right…But Now I Had To Defend Myself Against False Accusations!

I was accused of being a bad landlord by someone I never met, rent was not paid, and the worst was yet to come!

This entry was posted on Tuesday, May 7th, 2019 at 8:52 pm and is filed under evictions, landlord advocacy, Landlord and Tenant News. You can follow any responses to this entry through the RSS 2.0 feed. Both comments and pings are currently closed.