We welcome your opinions and debate. Join our huge landlord community where we help each other for success! For serious/complicated questions please post in our protected Professional & Expert Forums. For all legal questions contact a licensed legal rep. Forum is moderated.
Post Reply
First unread post • 26 posts
Message
Author 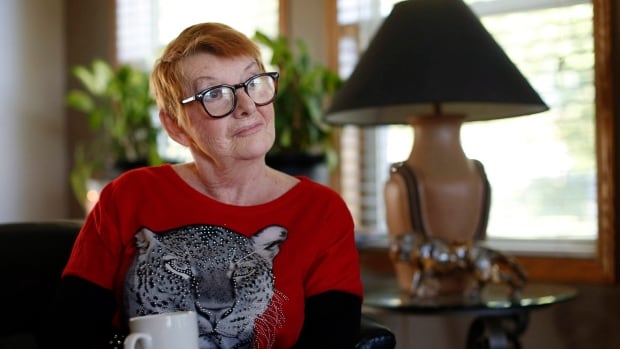 Rebekah Caverhill is interviewed at her home in Sylvan Lake, Alta., Tuesday, Sept. 10, 2013. The Alberta pensioner says she feels like a prisoner after her rental property was claimed as an "embassy" by a man she says identified himself as a Freemen-on-the-Land, a growing movement of so-called sovereign citizens that is raising concerns with authorities both north and south of the border. (Jeff McIntosh/Canadian Press)

An Alberta pensioner says she feels like a prisoner after her Calgary rental property was claimed as an "embassy" by a man she says identified himself as a Freemen-on-the-Land, a growing movement of so-called sovereign citizens that is raising concerns with authorities both north and south of the border.

"I am an army of one," says Rebekah Caverhill from her home in Sylvan Lake. "I've been beat up so badly by people that should be helping that I don't know where to turn."

Caverhill rented half a duplex she owns in Calgary's upscale Parkdale neighbourhood to a new tenant in November 2011 on the recommendation of a friend.

The renter had recently moved to Calgary from Montreal and was a self-described handyman. Caverhill says he agreed to "spruce up" the property in return for three months of free rent.

What she thought was a good deal soon turned into a nightmare.

A few months after the renter moved in, Caverhill went to inspect the work and she says she found the entire kitchen and bathroom had been gutted. All the doors inside had been removed and the floor of the master bedroom had been painted black, she says.

But Caverhill quickly learned she had much bigger problems.

"He walks me to the door and he's yelling at me, 'I'm a Freemen-on-the-Land,"' Caverhill says.

"I said: 'This is my house, not yours.' He said: 'No. This is an embassy house now and it's mine and you have no rights,' so then he slams the door."

She says she discovered the locks had been changed and pounded on the door.

Caverhill depends on the rental income to supplement her pension.
Act looks like 'declaration of war:' Caverhill

The renter, whom sources confirm has also used an alias in the past, informed Caverhill he was willing to pay $775 a month in rent, less than half the $1,500 plus utilities she says had been agreed to.

She says she later received an invoice from the renter's personal company for $26,000 in work done to the home.

"I receive a thing in the mail from the Land Titles Office, that the property has been liened for $17,000," she says.

A lien is a form of security interest granted over an item of property to secure the payment of a debt or performance of some other obligation. The owner of a property typically grants the lien in a creditor-debter relationship and a mortgage is one common form of a lien.

"As far as I'm concerned, anybody who sets up a company or an embassy on Canadian land and calls it a foreign entity, for me, that's a declaration of war."

No one came to the door at the Calgary home when The Canadian Press sought comment from the renter earlier this month.

A black Chevrolet Yukon with tinted windows was parked in front. A decal on the rear window said "No Weapons. No Agents. No Foreign Weapons within 3 metres of a Diplomat of a Foreign Nation."

The renter did respond to an email request with a warning sent both electronically and in a letter delivered by courier.

"I don't know who you are? I am telling and ordering to stand down all of the matters that your authority things (sic) it may have, as this is a private matter," the warning reads. "Any intervening with these private matters have outstandings fees and schedules."

The warning goes on to claim trademarks on the renter's name and the embassy he claims to represent.

"Everyone PERSON is entitled to their opinion, and what we state are not opinions, but a matter of the fact," the letter says.

The Law Society of British Columbia and B.C. Notaries have both issued warnings about Freemen. In a bulletin last year, the society said the group may number as many as 30,000 in Canada.

RCMP and the Canadian Association of Chiefs of Police are developing awareness materials for frontline officers and the movement is the subject of upcoming policing seminars in Vancouver and Toronto.

The FBI considers the movement a domestic terror threat in the U.S.

A 2011 FBI report cites several cases where followers have clashed with law enforcement, including the 2010 shootings of two Arkansas officers during a routine traffic stop. It warns the movement is likely to grow, fuelled by the recent economic downturn and the popularity of seminars being held across the country.

"They may refer to themselves as 'constitutionalists' or 'freemen,' which is not necessarily a connection to a specific group, but, rather, an indication that they are free from government control," the report says. "They follow their own set of laws."

But a Freemen-on-the-Land member in B.C. told The Canadian Press earlier this month that violence is not advocated and has no place in the movement.
Matter referred to civil courts

Caverhill has already served the renter with one eviction notice, but he hasn't left.

Attempts to get help from the police and politicians have been referred to the civil courts on the grounds that it's a landlord-tenant problem.

"It's an awful situation and she feels very powerless, so even though this is firmly in provincial jurisdiction we're trying to do everything we can to help and we've spent a lot of time on this," says Druh Farrell, the Calgary alderman who represents the area.

"I hope the province can come to her assistance because that is where the authority lies," Farrell added.

Calgary Police have been called about the matter on several occasions.

"Based on the information we have received so far, this appears to be a civil matter," says Staff Sgt. Jim Stinson.

"We have referred the homeowner to information on possible civil resolutions and will certainly investigate if we receive further details that indicate this may be a criminal matter."

Alberta's justice minister says he has had his own dealings with the sovereign movement, including being taken to court.

"I have been sued before with an 87 page document and the suit was dismissed ... The logic behind it defies me," says Jonathan Denis. "There was also that lawsuit against myself and the former deputy minister. The lawsuit was for $1,000 quadrillion, more than the size of the U.S. national debt."

"This is her private property. She is the landlord and is entitled to get certain rents from her property. We definitely want to be working to help her out the best that we can."
Alberta ministers, critics speak out for landlord

Before being elected, Opposition Wildrose Party justice critic Shayne Saskiw, a tax lawyer by trade, was named on a Freemen website as a notary that Alberta members should use to get their legal documents certified.

Saskiw says he isn't sure why he was singled out, but believes the sovereign movement is totally out of line.

"They can't declare themselves a sovereign state and declare they are above and beyond the law. What happens is these wackos go around intimidating people with their made up concepts and it has to stop," he says.

"We're looking at ways of potentially making changes to legislation to give judges more powers to stop these contemptible people from placing false liens, abusing legitimate legal processes and protections and taking advantage of people."

The Liberal member of the legislature for the riding is also lending his support to Caverhill.

"I don't think we should be punishing people for unusual beliefs, but when they turn into to actions that restrict other people's rights and freedoms then they have to pay a price," says David Swann.

Caverhill says she is angry and hurt.

"They are taking away my rights as a Canadian citizen. They do not go along with any Canadian rights," she says. "I'm battling somebody who takes advantage of the system. I'm battling the system itself and I thought I had rights and I guess I don't.

"If I don't like the government — I vote. I'm not going to take matters into my own hands like a vigilante and to me what they're doing is treason."