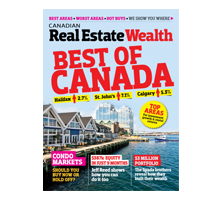 Just two more months to go until Toronto hosts the Pan Am Games, an event that is raising questions about whether landlords should allow their tenants to rent out their properties to short-term visitors.

“Most of our experienced and successful members said they don't rent out short term,” said a representative from the Ontario Landlords Association.

“This means they avoid things like AirBNB and won't look for short-term tenants during the upcoming Pan Am Games."

Rental opportunities could be lucrative, with one four-bedroom property in downtown Toronto asking $1,575 a week for the duration of the event.

That kind of payday should be considered, argue some Canadian investors looking to the coming Pan Am Games.

Landlord Gillian Irving, an investor and founder of InvestInStudentRentals.com, said she would absolutely allow her tenants to take advantage of the opportunity.

“I think it’s a great income generator,” she added. “We would share the profits.”

Irving qualifies this by saying that tenants have to be prepared that it will be their own property in the rented house made available to short-term renters. She would also get involved in the vetting process alongside her tenants.

But the majority of members of the OLA prefer to avoid these types of short-term agreements.

“Short-term rentals are especially dangerous in Ontario because Ontario landlords cannot charge a 'damage deposit' and that means there's a good chance short-term tenants can cause damages or leave a mess and the landlord won't have a damage deposit to pay for repairs or clean up,” explained one landlord.

Another worry is around tenants who keep their landlords in the dark. “Landlords are worried some tenants might rent out their apartments without informing their landlord and this is a big concern for them,” said the OLA.

Return to “Announcements and Articles for Landlords Across Canada”

Users browsing this forum: No registered users and 752 guests